Specializing in Homes for Allergies & Sensitivities

Health-Wise Homes was established in October 2002. But, the concept goes back many years prior to that.  In 1975 I built my first home.  At that time not many people had heard of Multiple Chemical Sensitivity (MCS), and the Gulf War Syndrome was twenty years in the future.  Nobody was building homes for people with severe allergies or chemical sensitivities.  The emphasis was placed on looks, with little or no consideration towards health.  Indoor air quality was basically ignored.  People became sick but answers were not forthcoming.

Through the years builders slowly became aware of the health issues in new home construction.  Even so, this issue was still largely ignored.  Ten or twelve years ago only a handful of builders took the issue seriously.  For most, my self included, this change in the way we built was forced on us because of personal health reasons. 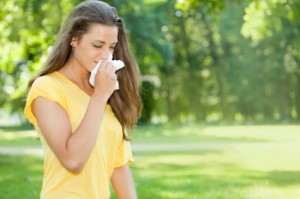 In 1995 my wife, along with several others, was exposed to chemical agents that were being tested at a military base where she worked.  This in conjunction with exposure to some everyday household sprays used to mask odors caused my wife to develop what is now known as MCS.  It literally took years, scores of doctors and a lot of money to diagnose this illness.  Everyone’s symptoms are different; in my wife’s case, she is highly sensitive to petroleum products.  When a world renowned medical specialist at Johns Hopkins Medical University, who had testified to Congress about the
“Gulf War Syndrome” told us that we had to build a new home, preferably on the ocean, which was chemically free, I thought “no problem, I’m a builder.”  But was I wrong.

Have you ever considered how many types of building materials are used in home construction which contains petroleum?  I know I hadn’t:  concrete additives, pest and mold control, wood preservatives, PVC pipe, insulation, wall board, paint and flooring are but a few of the more obvious ones.  A fact little known outside the carpet industry is carpet made with products derived from petroleum (Nylon, Olefin etc.) take 20 years to off-gas and become ‘safe.’  I use the word ‘safe’ with trepidation because it is never really safe, over time its harmfulness to humans only decreases. 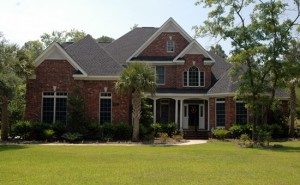 Armed with a couple of file cabinets full of medical information and a hammer I began building our new home in Pawleys Island, SC.  This was as near to the beach as we could afford.  Construction began in November 1997.  The exterior was all brick with aluminum soffit and fascia.  The interior was as chemically free as I could make it – some of the features included formaldehyde-free wall board, VOC (Volatile Organic Chemicals) free paint, pre-finished hardwood flooring and ceramic tile throughout. All of the exposed PVC piping was covered in aluminum and water and air filtration with UV lights for mold control was also used.  There was an air-to-air exchanger to remove stale air from the house.  In 1997 this was cutting edge building technology!  The building inspectors were very skeptical in granting construction approvals.  Several times special permission and exceptions had to be granted by County Code Enforcement before construction could continue.  This unusual permission was due in part to being a leader in this technology and conversely sometimes using construction techniques and materials which were over a hundred years old.

Health-Wise Homes has been the leader in healthy home construction on the Grand Strand since its inception.  Over the years a multitude of new products and techniques have entered the market.  Here too, our experience has given us a step up on everyone else.  We separate the fads and trends from what really works and without wasting time, effort and your money, we get it right the first time.

In a nut shell, we are the ones who can best serve your building needs.  We are not using healthy home building as a gimmick like some.  We know what it’s like to be sick and experience the frustration of supposedly experienced people not knowing what to recommend – we understand the need for answers and action.  Whether it’s because you suffer from MCS, your spouse has severe allergies or your grandchildren have asthma, we have been there, we have the knowledge and the experience to build you a fabulous quality-built, safe home.  Call us – we’ll be glad to help you plan and build your dream home.

What Clients Are Saying?

“Health-Wise Homes built our home 4 years ago. Quality construction, superior customer service, and attention to detail were the theme throughout the building process. When we decided to add on to our dream home, we didn’t even consider another builder. Health-Wise Homes owner Stan Budzinski completed our addition with 100% satisfaction. We recently added an addition to our commercial manufacturing facility and called Stan immediately to complete the project for us. We will continue to use Health-Wise Homes for all future building projects.“